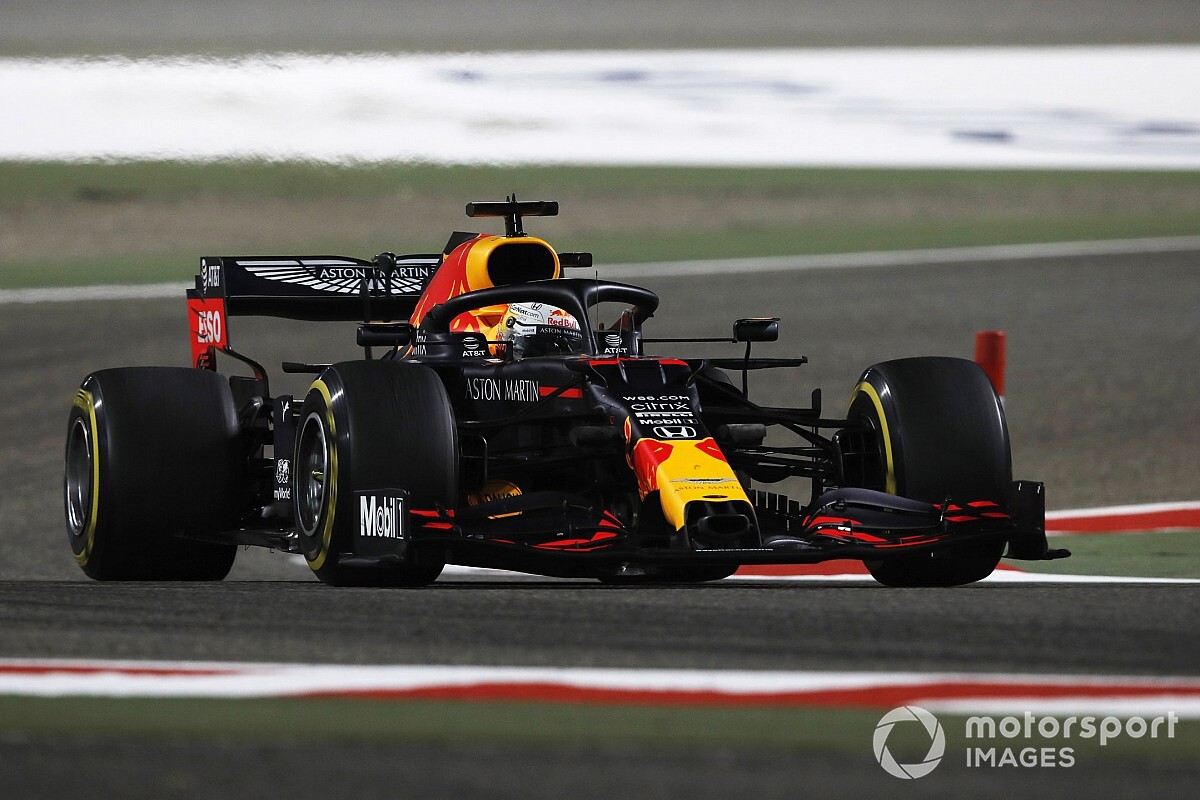 Under clearer skies than Friday’s FP1, the 60-minute final session got off to a fairly lifeless start, with most cars remaining in their garages for the opening 20 minutes.

Alfa Rome’s Kimi Raikkonen set the first timed lap of the session at the eight minute mark, a 1m31.247s that stood as the fastest time for nearly 15 minutes as the Finn continued to lap before he was joined by the two Williams cars.

When most of the rest of the pack eventually emerged, Raikkonen’s teammate Antonio Giovinazzi went quicker with a 1m31.025s before a flurry of faster times were set.

Lando Norris briefly headed the times with a 1m30.427s, before Alex Albon, Pierre Gasly and Sergio Perez improved – with the Racing Point driver lowering the P1 benchmark to a 1m30.159s.

A few minutes later all of the cars had appeared for the first time – no drivers bothered with the medium or hard tyres that are set to be much better race compounds compared to the softs, of which the drivers have eight sets each compared to just two mediums and three hards.

Verstappen moved to the top of times just before 25 minutes had been completed with a 1m29.617s, while Mercedes only took second and 10th on its opening runs with Hamilton and Bottas.

Just past the halfway point, Verstappen went quicker again with a 1m29.600s, on a lap where the top plane of his rear wing was flexing dramatically with the DRS opening activated.

The Red Bull driver completed his run, and his team were seen working on the rear wing when he returned to the garage.

At the start of the final 15 minutes, Mercedes, which sacrificed any set-up work on Friday to try and get a better understanding of the prototype 2021 tyres the teams had to run yesterday, had both its drivers improve on its final runs.

Bottas moved the top of the times with a 1m28.721s, with then fastest times in all three sectors, before Hamilton usurped him with a 1m28.618s – gaining time as the lap went on to end up 0.103s ahead.

But both were ultimately shuffled down by Verstappen, whose rear wing continued to flex on his final run, as he blitzed the opening two sectors and set a personal best in the final segment to go quickest with a 1m28.355s – 0.263s quicker than Hamilton’s time.

Albon ended up fourth ahead of Carlos Sainz and Gasly, with Lando Norris seventh in the second McLaren.

Daniil Kvyat was eighth for AlphaTauri, ahead of Racing Point pair Lance Stroll and Perez.

The Ferrari drivers finished 13th and 15th, with Sebastian Vettel ahead of Charles Leclerc, who so nearly won the 2019 race in Bahrain.

Hamilton’s session had a somewhat unusual end as he had to stop at the end of the pitlane in the closing moments and his mechanics had to run down from the Mercedes garage to recover his W11.