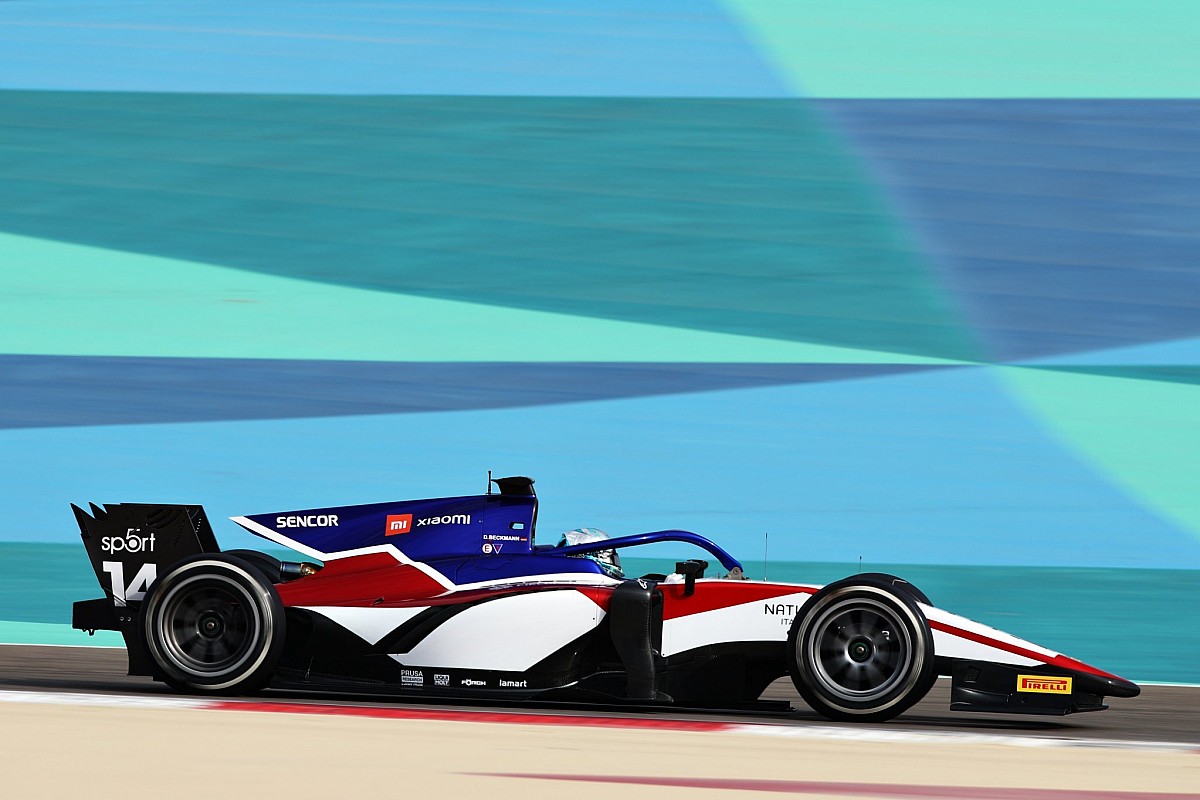 The FIA Formula 3 graduate, driving for Charouz Racing, lowered the day’s benchmark with a 1:42.844s in the final 20 minutes of the three hour afternoon session at the Sakhir Circuit.

Beckmann’s effort was the only lap to dip under the 1:43s bracket, the pace a fair way off the times recorded in last year’s F2 championship round at the venue.

His time was 0.177s faster than that of Carlin’s Dan Ticktum who topped the morning session, which ended up being the second fastest overall on the day.

Drivers and teams spent much of the afternoon session logging race runs before a flurry of fast times arrived in the final 30 minutes.

In fact, Juri Vips, Felipe Drugovich and Christian Lundgaard all had stints holding the top spot during the final hour.

However, it was Beckmann’s effort which held sway in the afternoon session as the German driver headed ART Grand Prix’s Lundgaard by 0.690s.

UNI Virtuosi driver Drugovich was fourth albeit more than a second adrift of Beckmann, while Hitech Grand Prix’s Vips ended up fifth.

Prema Racing’s Oscar Piastri was among the list of drivers to enjoy a spell at the top of the times, but would go on to slot into sixth spot at the chequered flag.

Zhou was able to log significantly more laps in the afternoon compared to his morning run with 28 laps in the books.

It was a similar case for Prema Racing’s Robert Shwartzman although the Ferrari Driver Academy member didn’t appear on track in the first hour.

The Russian climbed up as far as third on the leaderboard before ending the session in 13th position.

Meanwhile, Ticktum, who had topped the morning outing, appeared to spend the afternoon working on race runs that saw him down in 20th at the chequered flag.

Learn to bet on motorcycle racing