The Australian was 0.5s shy of Norris in the Q2 session, and when told by his engineer after his final lap that he hadn’t made the cut he said he had no answers.

Ricciardo had been an encouraging second fastest in FP2 on Friday, which made his loss of performance all the more frustrating.

“I don’t know,” he said when asked what has happened. “Today is what happened, a bit of a mystery, actually. We were obviously quick yesterday, and I know it’s only Friday practice, and I didn’t expect to be fighting for pole position today.

“But obviously we were pretty comfortable with everything. We put the car on track today and we are one second slower, pretty much. Then qualifying I think was a product also of this morning, we were just off the pace.

“Why? Not sure. But it was definitely one of those days, a bit of a frustrating one.

“So we’ll obviously try to understand why and how. It’s not like there was a lot of time here or there, it was just a little bit of lap time everywhere, and you try and improve a bit.

“But I just felt like everything I did, I was not really able to gain anything else out of the car.” 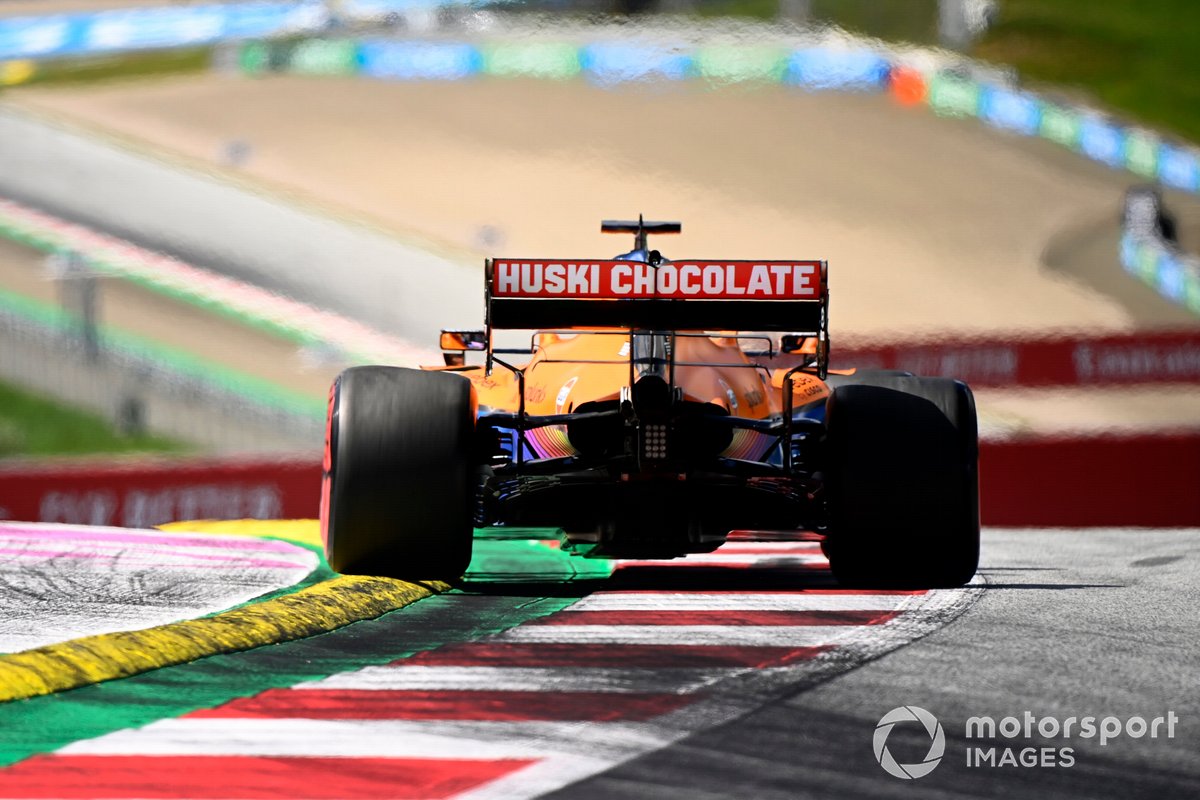 He explained that the team hadn’t made any major changes to the car overnight, and felt that he was edging closer to the limits as the weekend has progressed.

“We fine-tuned a little bit. But nothing crazy, nothing which should explain being so far off today. And you obviously change the car to try to be quicker! So we definitely didn’t expect this today.

“In the high speed I tried to just carry a bit more. But I felt if I tried to carry a bit more then I’m looking at the edge of track limits, and just really struggling to keep it all on the track. And that’s where I felt like I was kind of at the limit of everything.

“But the laptime never really got lower, it kind of just hovered around that area. One of those days I guess, we’ll try to figure it out and look forward to tomorrow now, it’s all we can do.”

Ricciardo agreed that having a second race weekend at the same venue will give him a chance to address the issues that hampered him in qualifying.

“I think coming back next week will also be a good thing, actually, to come back and have another crack. But after Le Castellet, I was pretty happy with the progress. Yesterday, I was like, ‘alright, this is nice, it’s starting to all come together.’

“And then you get a day like today where it’s just like, what? I don’t really know how that all happened. That’s why now obviously I’m not happy, but I’m just choosing to laugh it off a little bit, and hopefully we just find a bit of a reason why.”