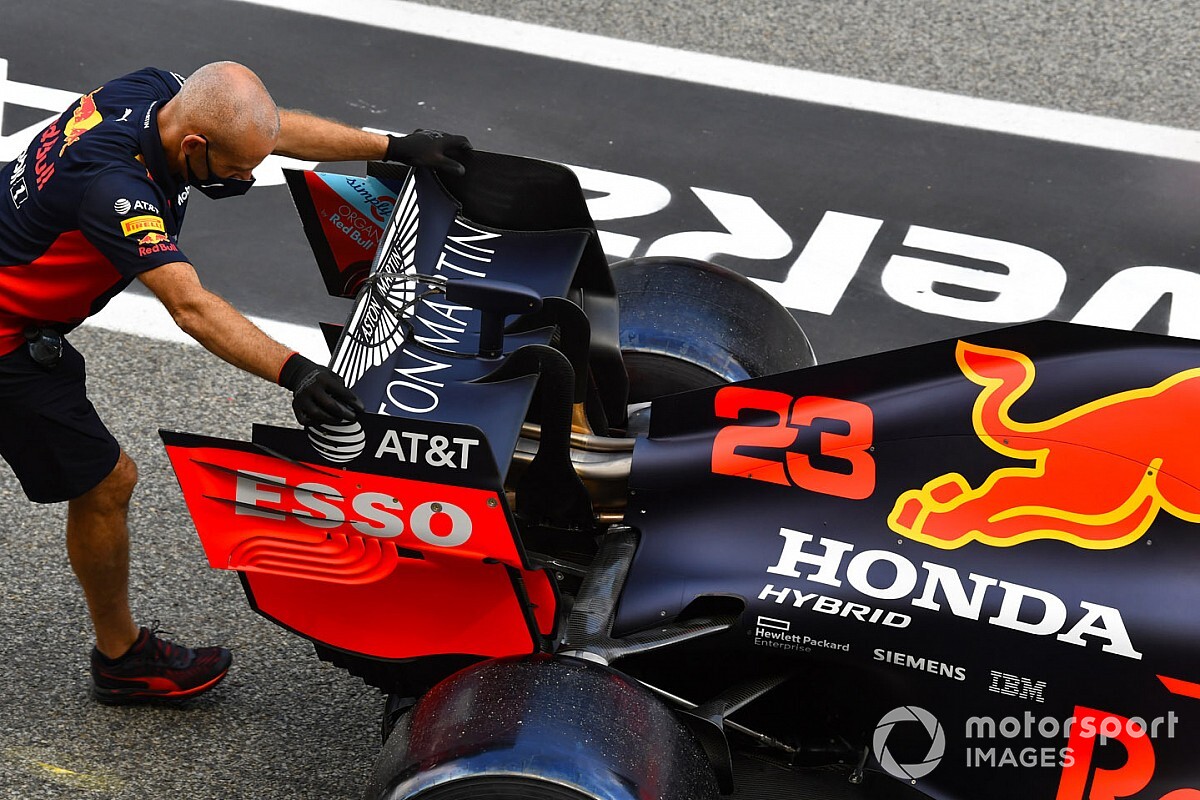 The Milton Keynes-based squad has just announced a deal to take over the Honda F1 engine project and run the power units itself from next year.

Having given the green light for a major investment at its headquarters as it sets up Red Bull Powertrains, the team admits that it is not viewing the Honda takeover as just a short-term project prior to looking elsewhere in the future.

Instead, Red Bull team principal Christian Horner is clear that the most logical thing for Red Bull to do would be to lay the groundwork for the construction of its own engine when new rules come in for 2025.

“It needs to be a long-term view, because obviously the investment into the facilities to gear up for this are quite significant,” explained Horner.

“You’ve both got a short-term scenario of the existing regulations, and then of course whatever the new regulations are. We need to be in a position to take that on as well.”

He added: “We will have a facility capable of designing and operating the next generation of engines with a facility that will be invested within here.”

While Red Bull is happy to brand its current engines under its own name from 2022, its long term plans could trigger it bringing in a fresh manufacturer to F1.

With its own facilities up and running to prepare the engine, it could be enough to entice a car maker that does not have its own F1 infrastructure ready to go.

Horner said that a tie-up with a manufacturer would not be essential if Red Bull was to produce its own engine from 2025, but it was open to the idea.

“If an exciting partner comes along, then of course it would make sense to look at it very seriously, whether that be an OEM or another type of partner, a battery manufacturer or whatever. It really depends what the engines are,” he said.

F1 chiefs and engine manufacturers have begun discussions about framing new engine regulations from 2025, with the sport committing to a new hybrid concept.

Horner said the fact that the future power units would not be completely different to what is currently used was a boost to Red Bull’s hopes of committing to a long term project.

“Of course, what we will need to understand is what are those new regulations,” he explained. “Obviously, the sooner the better for everybody, but one assumes from the latest discussions with the FIA that it is likely to be a combustion engine.

“There’s going to be, probably, 100 percent, sustainable fuels. There will probably be a slightly bigger emphasis on the energy recovery system. So the topography of what the engine is going to be isn’t dramatically removed from where we are, it’s just evolved.

“Therefore, the facility that we put in place for the current engine will have relevance of course to the future engines.”