The erstwhile championship leader took the lead at the end of the fourth lap having dropped to fourth from pole, before building up an advantage of well over a second.

On course for a third win of the season, Quartararo began to experience arm-pump at around mid-distance and plummeted down the order to 13th.

“Quite easy to know I had a big issue with the arm,” Quartararo said when asked what went wrong.

“So sad because I was feeling really easy in front, I was P4 [on lap one] and I could overtake them.

“I was comfortable with the pace, we had amazing pace this weekend and just had no more power in the arm.

“So disappointed about it, but I’m staying [positive] with the pace I did, fighting to the end even if it was for three points.

“But I fight and I’m staying [positive] with that.” 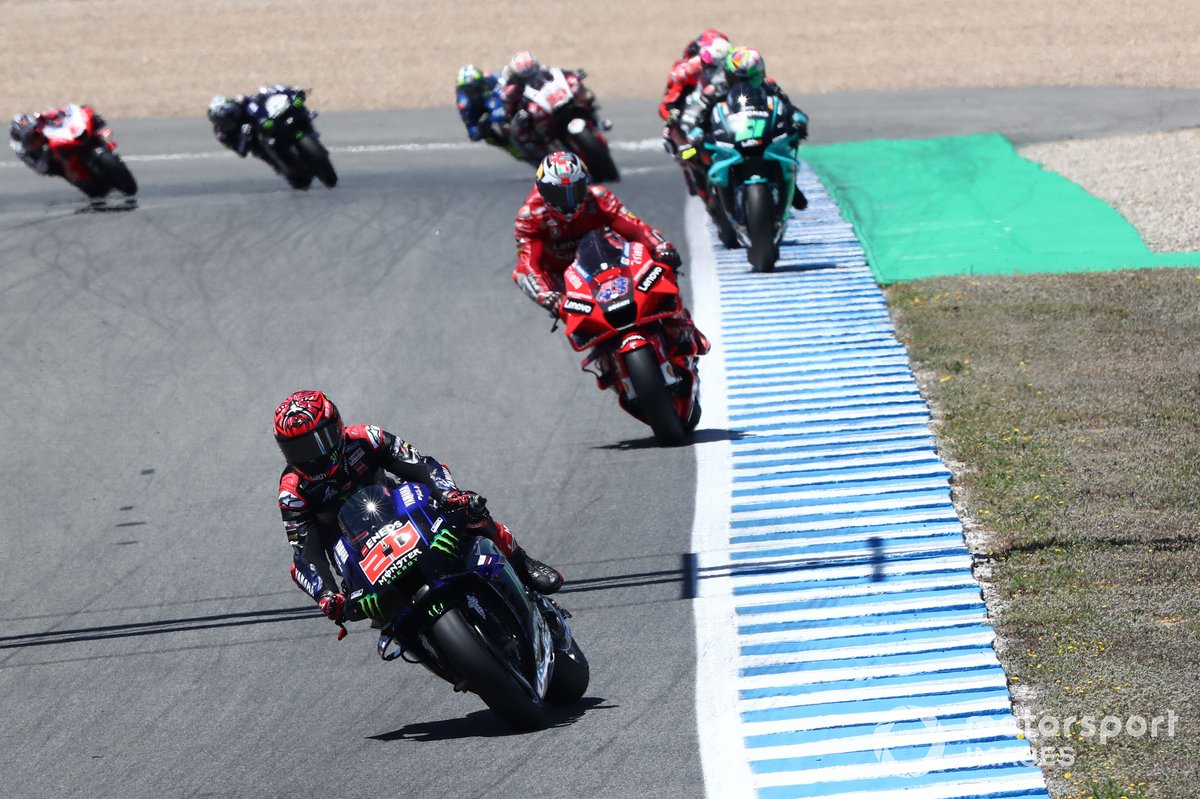 Quartararo had an operation for arm pump during his rookie campaign in 2019 but insists he has never had any issues at Jerez in his life.

His team is currently evaluating options for him ahead of the French GP in two weeks’ time, but he admits the amount information being given to him about this has made him feel “lost”.

“I have no idea, I can’t answer this question because my brain right now is not working,” Quartararo said when asked how he will manage the problem.

“I’m thinking too much, so I prefer to not… I have people already looking, my manager, my best friend, to try to look at the best options.

“I have no idea, for sure something is planned because it’s not ok, my arm is not ok.

“In Portugal last year it was disaster, this year was perfect. Here [at Jerez] I never had problem in my life, this year I have a problem.

“It’s something I don’t understand. We are still looking but there are too many options.

“My brain is full of people telling me to go in one place, to go to the other. And actually right now I’m lost.”

Several riders – including Aprilia’s Aleix Espargaro, who was sixth – encountered issues with arm-pump in the Spanish GP, while race winner Jack Miller recently underwent an operation having battled the problem in the Doha GP.