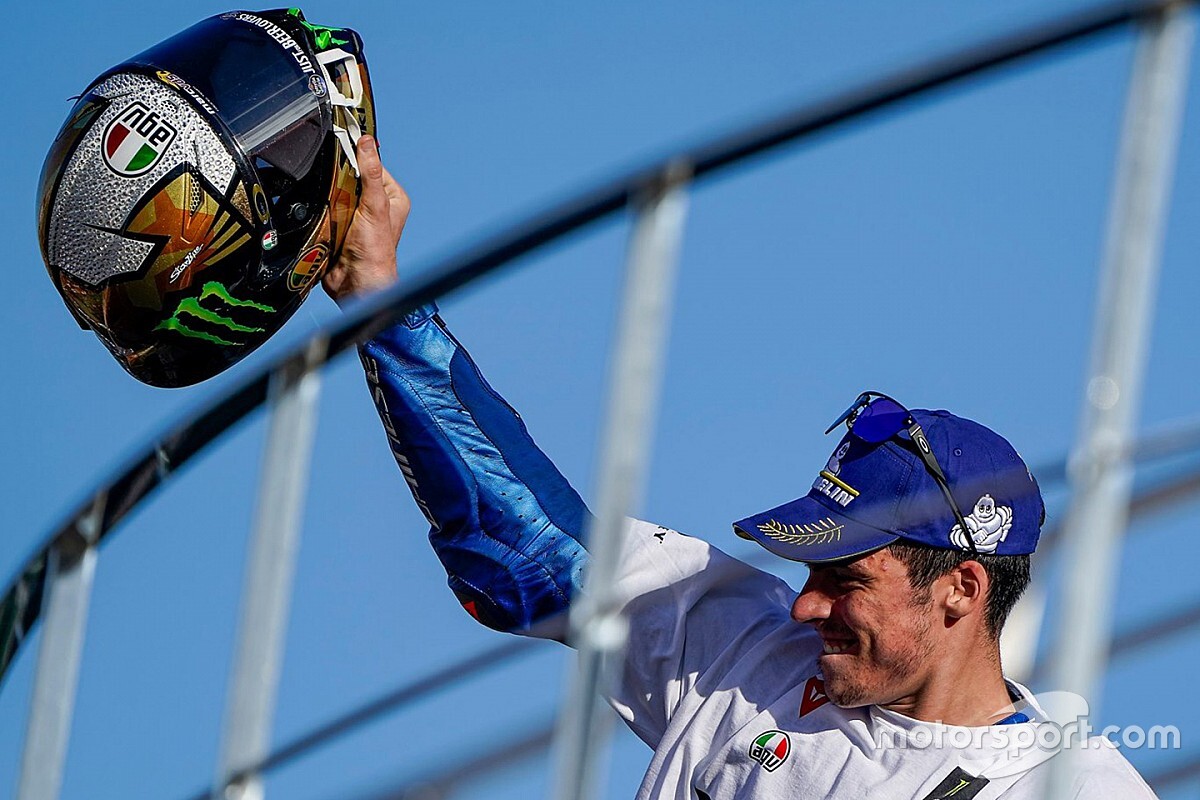 Mir only won once in 2020, but tallied up a total of seven podiums – more than any other rider – and wrapped up the title with a race in hand, ending a 20-year wait for Suzuki.

Marquez missed the season owing to a broken arm he suffered during the Spanish Grand Prix, with his absence continually leading to comments claiming a rider winning the title without him present was devalued.

Mir batted these comments away upon winning the championship, while Marquez has always played them down.

Speaking to Spain’s DAZN just ahead of the third operation he had on his arm in Madrid last week, which could rule him out for another six months, Marquez was asked to comment on Mir’s championship win.

“He has been the most regular, the world champion who has deserved it,” Marquez said. “In a season in which consistency was the key, Mir has ended up taking the championship without doing anything special.

“The bikes will be the same because there will be no change in regulations.

“He will fight for the World Cup because he has talent, and I will try to take the title from him.”

All being well, Marquez will partner outgoing KTM rider Pol Espargaro at Honda in 2021 and is “looking forward” his former Moto2 and 125cc foe trying the RC213V.

Marquez feels Espargaro’s signing is “a good step” for Honda, but suggests he might be questioning his decision to leave KTM after it managed three wins in 2020.

“I’m looking forward to Pol testing the Honda, because he has done great races with the KTM, so with the Honda, which is a winning bike, he has to be on the podium regularly,” he added.

“Pol’s arrival at Honda is good. Honda wanted to get on that bike a rider who claimed to be regularly in the top six, who fights for podiums and, why not, for titles, which is what one wants to do at HRC.

“It is a good step for Honda; for Pol I don’t know anymore. Seeing how the KTM is going, I imagine you must be thinking ‘why didn’t I stay at KTM?’

Marquez also commented on his nearest title rival for the past three years Andrea Dovizioso taking a sabbatical in 2021, admitting: “It is surprising that he takes a year off.

“He says he wants to return in 2022, but it is not easy to return without having ridden a whole year, without being a test rider.”

Red Bull open to building own F1 engine from 2025