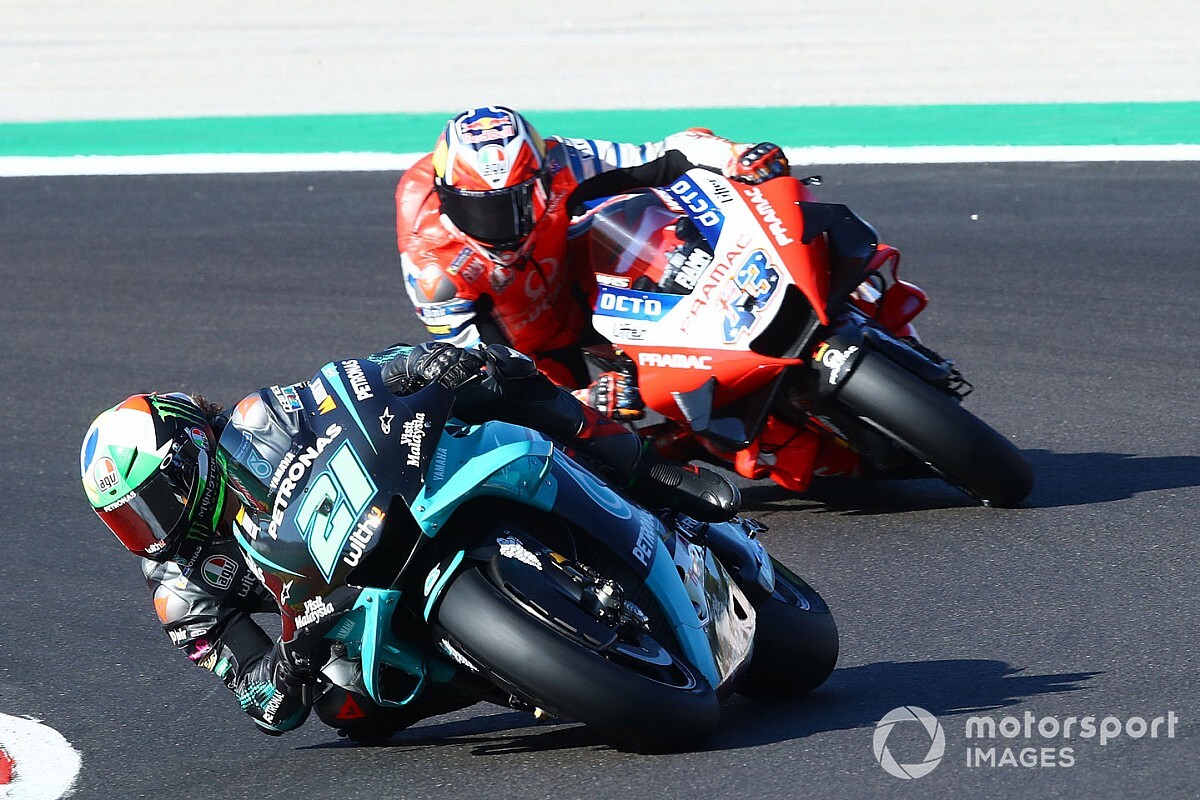 While Tech 3 KTM rider Miguel Oliveira romped to a fairytale victory from pole on home soil at Portimao on Sunday, Morbidelli sat in the runner-up spot until the final lap, when Miller passed him at the Turn 13 hairpin and fended him off around the final few corners.

But third place was still good enough for the Italian to maintain his hold on second in the championship ahead of Suzuki’s Alex Rins, who finished down in 15th.

Rins’ teammate Joan Mir had already wrapped up the title last time out at Valencia.

“I’m more happy about the second place in the championship than the place lost on the last lap,” Morbidelli said. “Jack was very good, very strong, especially at the end, he was stronger than me, he was clever.

“He was able to overtake me and he didn’t give me the chance to retaliate. So huge congratulations to him and also Miguel, who was untouchable today.

“Then I tried to just push at 200 percent, tried to risk a lot anyway because I wanted to make a podium finish in the last race of the championship and finally we did it.”

The battle for second in the standings

Looking ahead to next year, when he will partner mentor Valentino Rossi at Petronas, Morbidelli says he now has more “self-trust” in his abilities and will have higher expectations.