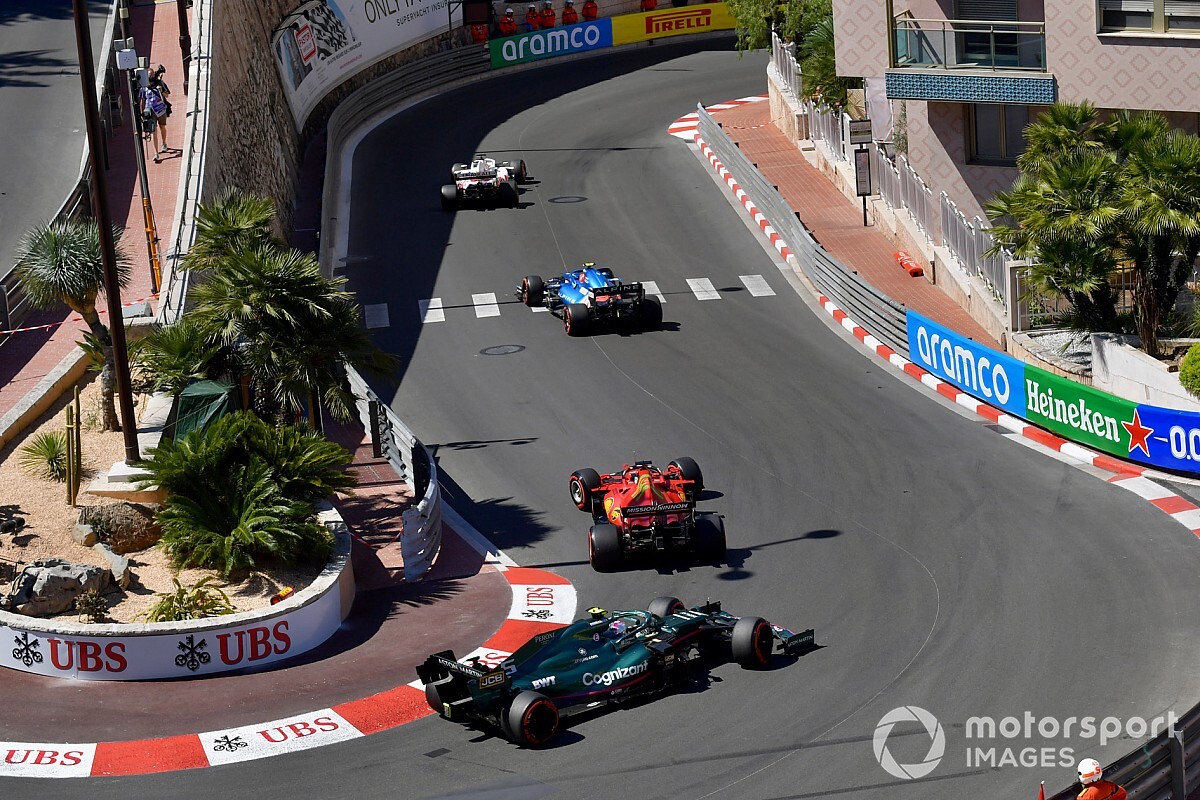 Home favourite Charles Leclerc starts the race from pole position, but only after having crashed out at the exit of the swimming pool chicane on his final lap in qualifying –  preventing his rivals from improving.

Max Verstappen was one of the drivers to lose out thanks to the red flag so deployed and will line up second in the lead Red Bull, as Valtteri Bottas emerged as the top Mercedes driver in third.

Carlos Sainz confirmed Ferrari’s pace by qualifying fourth, ahead of the McLaren of Lando Norris and an impressive Pierre Gasly (AlphaTauri) in sixth.

Championship leader Lewis Hamilton qualified a disappointing seventh after struggling for one-lap pace throughout Saturday, but he did beat the second Red Bull of Sergio Perez who will start down in ninth.

When is the Formula 1 Monaco Grand Prix

Can’t find your country or region in the list? Check the Formula 1 schedule page for the broadcast times in your local timezone.

How can I watch the Monaco Grand Prix?

Formula 1 is broadcast live in nearly every country around the world.

Can I stream the Monaco Grand Prix?

Viewers can subscribe to F1 TV in selected countries to stream the race on a device of their choice.

Sky Sports and Movistar also offer their own live streaming service in the UK and Spain respectively.