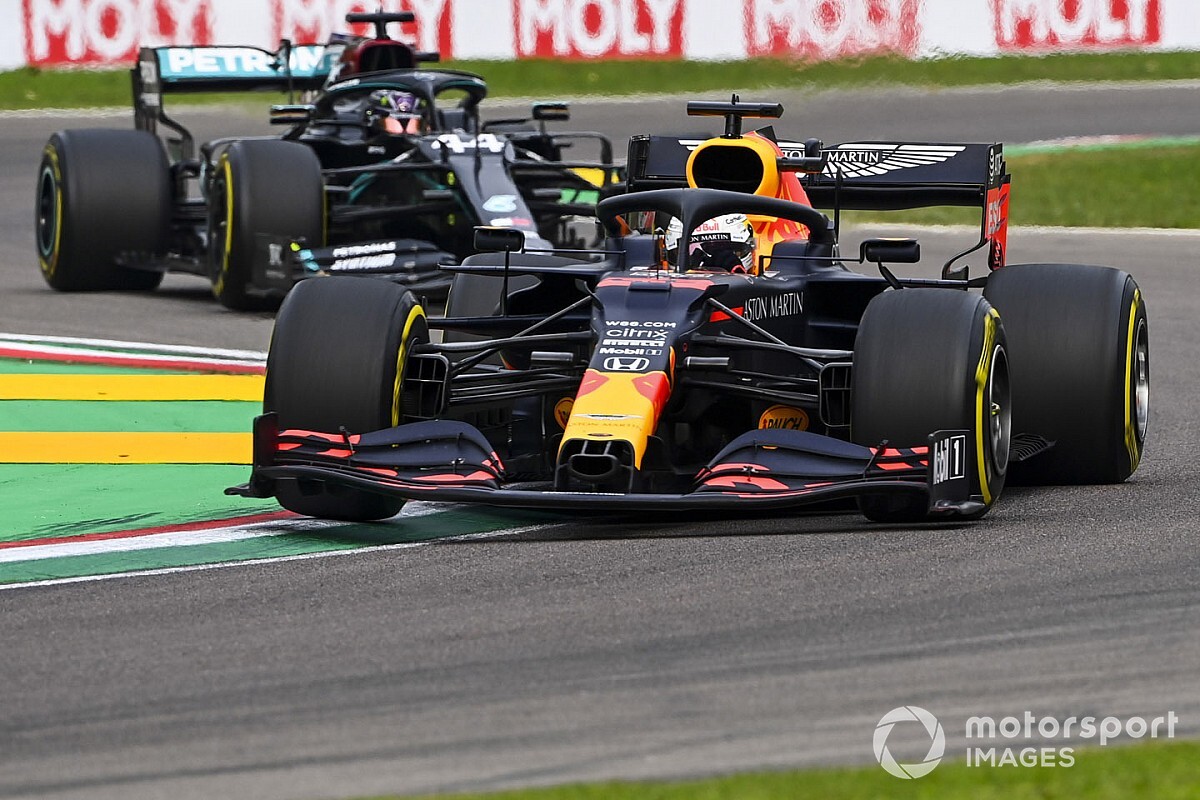 In 2022, F1 moves to all-new technical regulations with cars designed to improve the show through a reduction of downforce.

The shift from downforce primarily generated by the surface of the car to a more ground-effect driven concept should reduce turbulent air, which has prevented drivers from racing each other closely for a number of years.

The technical changes coincide with the introduction of a budget cap and a more equitable prize money structure, as part of a wide-ranging overhaul of the sport to level the playing field.

Mercedes team boss Toto Wolff argued some of the changes are designed to put the brakes on his team’s crushing display of dominance in the V6 hybrid era, Mercedes scooping up all drivers’ and constructors’ titles since 2014.

Wolff said that “everything has been done to stop us”, but that the new 2022 challenge “will motivate” the Brackley outfit to stay on top.

Red Bull’s Verstappen, the driver who has been the biggest threat to Mercedes drivers Lewis Hamilton and Valtteri Bottas in both 2019 and 2020, refutes Wolff’s claims that the new regulations are designed to stop Mercedes from winning.

Verstappen argues that the technical changes are necessary to improve the show.

“No, I think those rules are just the result of new owners listening to teams and drivers,” Verstappen said in Turkey when asked about Wolff’s comments by Motorsport.com.

“They hear that it is really difficult to overtake and that we want more close racing.

“You could see the current issues at Imola for example. Valtteri drove around with a car that was three to four tenths slower because of the damage, but I couldn’t get past him.

“Even though I was much faster, you could see that once I did get past him. We have to find a solution for that.”

Verstappen has enjoyed the unpredictability of the 2020 MotoGP season and hopes F1’s new rules will make qualifying less decisive in the future.

“We need the racing in F1 to be more exciting and drivers to be able to follow other cars more closely and not that qualifying is the deciding factor during a race weekend as it is right now,” the Dutchman added.

“Take a look at the MotoGP championship for example. Even if you qualify tenth, you can still win the race. That hardly happens in Formula 1, just because it’s so difficult to follow other cars at most of our circuits.

“I think that’s why the new regulations are coming in from 2022 onwards. And whether those new rules will slow Mercedes down or not, you can’t even say that at this moment.”

Mercedes turns down power in Abu Dhabi amid MGU-K concerns